Message from the Director
Spotlights
Kudos
In Memoriam
Class Notes

Message from the Director

It is close to a year since I reached out to introduce myself to you as the new school director and thank you for all you do to make the world a better place. Now that I have settled in, I see every day how resilient, diverse and influential the Trachtenberg School community is. This year, sadly due to the pandemic, we did not host our traditional alumni awards event where we share stories about TSPPPA accomplishments. This newsletter highlights a range of achievements, though it cannot do justice to all that our faculty, alumni and current students have done.

In addition to providing a small taste of our activities, I hope this newsletter serves as a reminder of our ongoing invitation to connect with you. Our career services are available to you for a lifetime. We have many ways for you to give back to TSPPPA, for example, as mentors to students, course guest speakers, career panelists and donors. If you have ideas for how to get more involved or just want to share some news, please reach out to me.

With warm wishes for your well-being, 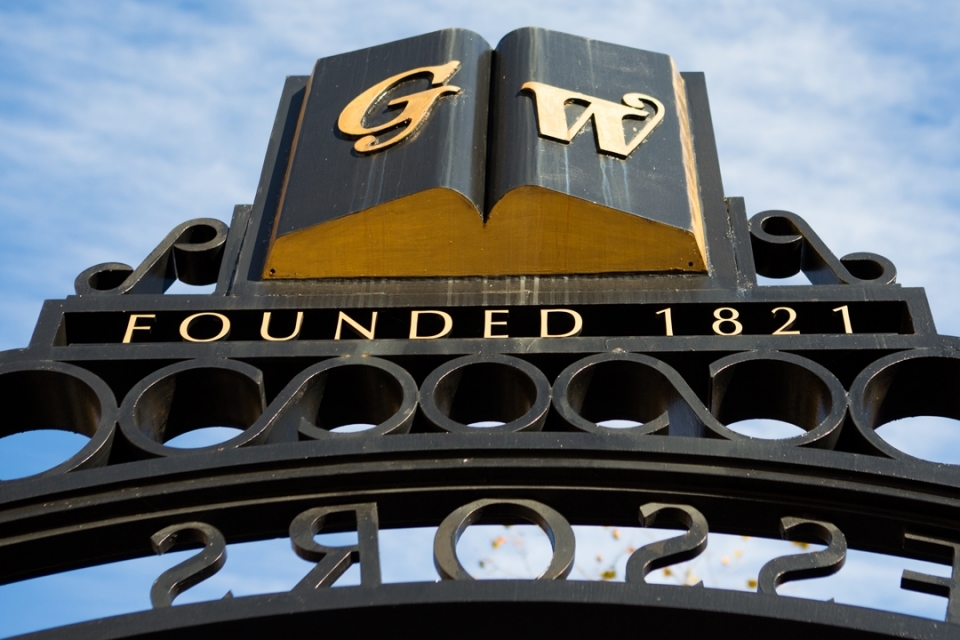 TSPPPA was ranked 19th overall among graduate programs for public affairs in the latest report by U.S. News and World Report of top programs in the country. Nine of the school’s master’s degrees were identified as being among the best. They were the master's in health policy and management, global policy/international, homeland security, nonprofit management, public finance and budgeting, public management and leadership, public policy analysis, social policy and urban policy. Read more about the rankings in GW Today.

TSPPPA Professor Bill Adams drew on his own experience as a volunteer in the Moderna COVID-19 vaccine trials to give his Research Methods class an insider’s look at a public health milestone. He was featured in CCAS Spotlight.

From Hurricane Maria to the COVID crisis, Puerto Rico’s tragedies have been compounded by widespread lack of access to clean water. TSPPPA student Omar Negron-Ocasio has a business plan to change that. Read more about his project in CCAS Spotlight.

Through the COVID-19 Student Action Fund, the Clinton Global Initiative University (CGI U) recognized two TSPPPA students among five seeking to address the pandemic through various projects. The students were profiled in GW Today.

Diana Aguilera is among the TSPPPA students recognized.

Professor Bill Adams was quoted by Fox5-Washington in the article “Coronavirus vaccines: Some side effects are common and expected, experts say.”He was also quoted by WJLA-ABC7 in the article “GWU professor shares his Moderna COVID-19 vaccine trial experience.”

Professor Jennifer Brinkerhoff was quoted by The Nation in the article “Diaspora Organizations Are Stepping Into the Void on Covid-19.” She also received the 2021 Distinguished Scholar Award from International Studies Association section on Ethnicity, Nationalities and Migration Studies.

Professor Leah Brooks was quoted by Washington Business Journal in the article “A divided Congress could mean more shutdowns. And that would damage Greater Washington’s economy.”

Professor David Brunori was quoted by The Charleston (S.C.) Post and Courier in the article “McMaster called on lawmakers to eliminate income tax for military retirees. Can it happen?”

Professor Chris Carrigan co-authored a working paper for the Gray Center for the Study of the Administrative State, examining the multiple but sometimes competing pathways by which the use of benefit-cost analysis can help agencies develop better regulations.

Professor Joseph Cordes spoke to WUSA-CBS9 about whether President-elect Biden voted to tax Social Security benefits when he was a senator.

Professor Jasmine Johnson worked at the Urban Institute  Center on Nonprofits and Philanthropy during her sabbatical and is a visiting fellow there.

Professor Nina Kelsey was quoted by Vice in the article “How Joe Biden Could Become an Unlikely Climate Savior.”

Leighton Ku was quoted by HealthDay in the articles “Layoffs and Losses: COVID-19 Leaves U.S. Hospitals in Financial Crisis” and “COVID-19 Now Reaching Into Rural America.”

Professor Diane Lim was quoted by The Chicago Tribune in the article “Mothers are 3 times more likely than fathers to have lost jobs in the COVID-19 pandemic. ‘This will set gender equity back quite a bit.”

Professor Peter Linquiti, who is on sabbatical this year, is spending the spring semester as (virtual) visiting faculty at UC Berkeley’s Goldman School of Public Policy where he is completing a textbook for SAGE/CQ Press tentatively titled Rebooting Policy Analysis for a New Era.

Professor Allison Macfarlane was quoted by the Washington Examiner in the article “Daily on Energy: Trump administration gives a little in acknowledging climate change.”

Professor Hilary Silver authored “Trump’s assault on the federal government isn’t over” in The Hill.

Professor Gregory D. Squires was inducted into the Distinguished Service Honor Roll of the Urban Affairs Association in recognition of his board service, years on the editorial board of The Journal of Urban Affairs, receipt of UAA awards including its Contribution to the Field of Urban Affairs award and other services over several decades.

The sixth edition of Professor Michael Worth’s textbook, Nonprofit Management: Principles and Practice, was published in October by Sage Publications.

Professor Lang Kate Yang was elected to the executive board of the Association for Budgeting and Financial Management and looks forward to engaging practitioners in the field.