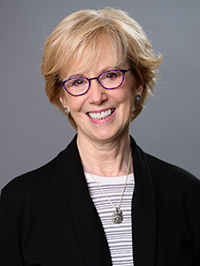 Susan Dudley is director of the George Washington University Regulatory Studies Center and distinguished professor of practice in the Trachtenberg School of Public Policy and Public Administration.

She is past president of the Society for Benefit Cost Analysis, a senior fellow with the Administrative Conference of the United States, a fellow of the National Academy of Public Administration, on the board of the National Federation of Independent Businesses Legal Center and Economists Incorporated,and on the executive committee of the Federalist Society Administrative Law Group.

Professor Dudley served as the Presidentially-appointed Administrator of the Office of Information and Regulatory Affairs, directed the Regulatory Studies Program at the Mercatus Center, taught courses on regulation at the George Mason University School of Law, served as a staff economist at OIRA, the Environmental Protection Agency and the Commodity Futures Trading Commission, and as a consultant to government and private clients at Economists Incorporated.

Sequester’s Impact on Regulatory Agencies Modest: An Analysis of the U.S. Budget for Fiscal Years 2013 and 2014, a joint report of the GW Regulatory Studies Center and the Weidenbaum Center at Washington University in St. Louis.  With Melinda Warren, July 22, 2013.

“Is the Execution of the Law Hyper-Partisan?” The Georgetown Journal of Law & Public Policy, Vol. 10 (summer 2012)

“Improving the Use of Science to Inform Environmental Regulation,” in Institutions and Incentives in Regulatory Science, Jason Scott Johnston, ed. Lexington Books 2012. With George M. Gray.