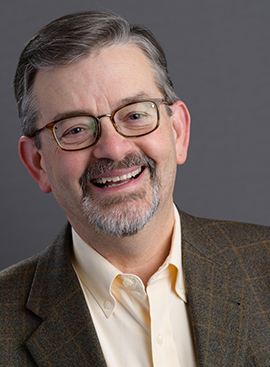 Dr. Linquiti's current research activities include developing and validating an interdisciplinary framework for environmental policy analysis, assessing alternative methods for valuing government investments in research and development of new energy technologies and measuring the value of flexibility in investments to adapt to climate change.

Prior to joining the GW faculty, Dr. Linquiti served as Executive Vice President at ICF International, a global consulting firm focused on energy and environmental policy. At ICF, he supported public sector clients in all phases of the policy design, implementation and evaluation process. His substantive work addressed both regulatory and non-regulatory policies related to air quality, climate change, hazardous and solid waste, drinking water, risk assessment and energy efficiency.

Dr. Linquiti has also led several international environmental projects for clients including the World Bank, the United Nations Environment Program and the governments of Thailand and the Philippines.

“The Carbon Ask: Effects of Climate Policy on the Value of Fossil Fuel Resources and the Implications for Technological Innovation,” with N. Cogswell, Journal of Environmental Studies & Sciences, 2016, 6(6), 662-676, first published online 12 May 2016.

“The Value of Flexibility in Adapting to Climate Change: A Real Option Analysis of Investments in Coastal Defense,” with Nicholas Vonortas, Climate Change Economics, Vol. 3, No. 2, 2012 (cited in Fifth Assessment Report of the Intergovernmental Panel on Climate Change).

Current Directions in the Climate Change Debate in the U.S., for the United Nations Development Program, with V. Arroyo, Pew Center on Global Climate Change, 2007.

Characterizing the EHS Implications of Nanotechnology: Where Should the Federal Government go from Here?, with A. Teepe, published by ICF International, 2006.

The Phaseout of Ozone Depleting Substances in the Russian Federation, presentation to the Center for Technical Aid Project Preparation and Implementation, Moscow, 1998.

The Gift of Creation and the Values which Sustain It: A Discussion Tool for Groups and Families, with the Harwood Group, for the National Religious Partnership for the Environment, 1996.

Feasibility of Alternative Phaseout Schedules for Ozone Depleting Substances in Developing Countries, with A. Karmali, et al, published by Executive Committee of the Multilateral Fund of the Montreal Protocol, 1994.

Cost-Effectiveness of Options to Reduce Ozone Depleting Substances: Chillers and Motor Vehicle Air Conditioners, with B. Eydt, published by the World Bank, 1994.

Feasibility Study for Use of Non-ODS Technologies in Philippines: 14 Project Proposals, for the Department of Environment and Natural Resources, Government of Philippines, 1992.

Service and Repair of Motor Vehicle Air Conditioners under Section 609 of the Clean Air Act Amendments: Issues and Options, for the U.S. Environmental Protection Agency, 1990.

Options for Imposing a Tax on the Import of Selected Chemical Derivatives, for the U.S. Environmental Protection Agency, 1986.

Indonesia and OPEC: The Economic Costs of Cartel Membership, published by The Woodrow Wilson Center for International Scholars, 1982.